Healthcontiuum.org not only helps people in the kitchen but also people who don’t have a kitchen. I am proud to support foodKIND, an organisation that is helping to feed thousands of refugees who have been forced to flee their homes.

foodKIND is a charity based in Switzerland that provides nutritional meals to refugees in Greece, many of whom are from Syria. As of the date of this post, there are approximately 60,000 refugees in mainland Greece and thousands on the Greek Islands who are homeless and lack access to food.

foodKIND supports the Greek economy by buying local foods in Greece. foodKIND feeds about 300 people twice a day, every day. Just five dollars will provide meals for 10 people. The volunteers at foodKIND provide food, dignity and hope to people stranded in the most difficult situations. Currently, most of the fundraising is done in Switzerland and proceeds go to buying and distributing food in Greece.

Luath Glendinning, co-founder of the charity, has spoken at the Swiss Radio Station (WRS) and is reaching out to people, communities and events to donate to the cause. This Thursday, March 30, 2017, foodKind is hosting an event at the Clubhouse in Geneva, Switzerland featuring Geneva’s very own improv group, the Renegade Saints. All proceeds go to foodKIND.

To make a donation to foodKIND, go to the bottom of the page on this post and click on the foodKIND icon.

Julie has extensive experience in nursing practice and education in a wide range of fields from intensive/coronary care, to medical-surgical to community and public health. Julie has Bachelor Degrees in Psychology and Nursing, and a Master’s Degree in Community Health Nursing Education. She has taught in faculties of nursing and in various communities in Toronto, Canada and in Geneva, Switzerland, and is a consultant to the International Council of Nurses (ICN). Julie also has years of experience teaching English as a foreign language (EFL) in addition to coordinating an English department in a Swiss private school.

This site uses Akismet to reduce spam. Learn how your comment data is processed.

Welcome to Health Continuum, the site that helps you on your journey to better health. – Julie Zimmer 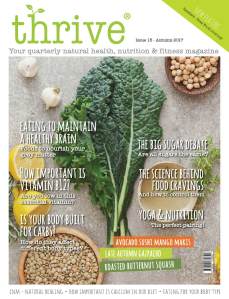